Marie Digby is clueless why Filipinos like her but is grateful for their support :: ABS-CBN.com

Marie Digby is clueless why Filipinos like her but is grateful for their support :: ABS-CBN.com

Marie Digby recently released her first albumin the Philippines, Your Love, which includes tracks that feature her collaboration with Filipino singer-actors like Sam Milby and Jericho Rosales. Though Marie has made a name for herself in the international music scene, she said that making an album in the country is also her way of thanking her Filipinos fans who are a big part of her international fame.

“In the beginning when my YouTube videos were taking off, most of my fans were in the Philippines and when I went to Hollywood records it was very hard to convince them to let me come over here and do concerts for promotional work,” she related. “In fact, the first time around I went almost everywhere except for the Philippines so when I finished my contract (in the US) and I made sure that I come over here and thank everybody who would watch my videos for the past four years because without the fans here, I wouldn’t have a released album anywhere.”

The Irish-Japanese singer also could not single out the reason why she thinks Filipinos appreciate her music. “It baffles me and I’m grateful for it because like in the beginning when I found out that most of my viewers were Filipinos [I wondered], is it because they just liked me or they think I am Filipino? I wonder what it is. I don’t know what the answer [and] I don’t care, I’m just grateful,” she beamed.

Lähettänyt Maria klo 1:32 am No comments:

Some pics of the "Teleserye Princes " in Toronto

Sam Milby in Toronto for the Teleserye Princes tour

Due to unavoidable technical difficulty, MYX Video Premiere of YOUR LOVE by Sam Milby &


It'll be moved to another date. Cornerstone and MYX extend their sincerest apologies. We will


update you guys soon. Thank you very much!

Key in MYX(space)REQUEST(space)HINDI KITA IIWAN and send to 2366 for all subscribers! P2.50/text and maximum of 10 votes per day. Thanks everyone! “Impostor” is vying against “Contra Las Cuerdas” from Argentina, “Destiny River” from Brazil and “Blood Ties” from Portugal in the Best Telenovela category of the prestigious International Emmy Awards. 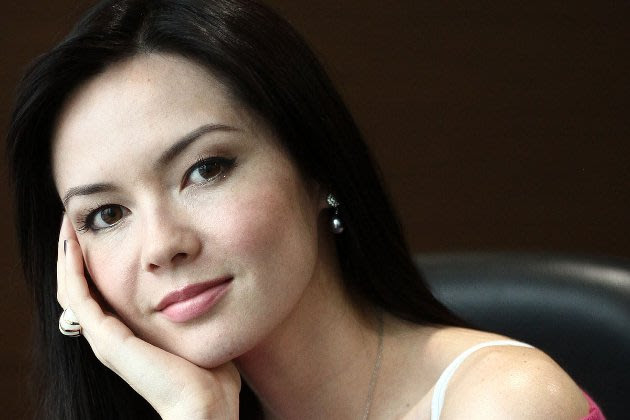 The 28-year old artist says she wants to get married and have a family and children, hopefully, in five years.

The only catch is that she is still single. The last person many people know she dated is Sam Milby, and it happened in Los Angeles where they met in 2010.

"Sam and I realized it was going to be difficult to make it happen especially it being long distance and we're busy with both of our careers," recalled Marie.

Though she doesn't describe Sam as an ex-boyfriend, Marie relates that what they had was something very beautiful. She said she enjoyed every moment they had together and she never regretted any minute of it.

But their romance can't be rekindled even if she is always visiting and staying in the Philippines to pursue her singing and recording career.

"I'm here now but we still have our respective busy careers. We're both constantly moving around even though he is based in the Philippines now and I've been here quite a bit and we're never quite in the same schedule," she laments.

When Sam launched his album recently, he said that he has been single for more than a year now.Does Marie think she's the reason he is still single?

"I can't really speak for Sam but I believe that he too is looking for a real, deep, meaningful love and I just hope he really finds that," Marie replied.

Is she closing her door to a reconciliation with him?

"I'm not saying that. You'll never know what will happen in the future. I think anything is possible. Sam and I are good friends and we hang out as friends. We first dated and then we became friends," she replies....

Marie Digby reveals she once dated Sam Milby, hangs out with James Yap | PEP.ph: The Number One Site for Philippine Showbiz

Marie Digby reveals she once dated Sam Milby, hangs out with James Yap | PEP.ph: The Number One Site for Philippine Showbiz

Marie Digby gives this advice to people who want to succeed in music:
"Perform, perform, perform! Whether it's at your church, your school, or at the county fair. Sing so that other people can hear you. You can't just sing in your bedroom. But if you sing in your bedroom, make sure you post your video on YouTube so the world can find you."
Half-Irish, Half-Japanese Marie (pronounced Marie-ey) Digby has enthralled YouTube audiences since 2007. But she will always have a special place in her heart for her Filipino fanbase.
With her popularity on YouTube, does she see herself hosting a TV show in the near future?
"I dabble in it, I'm very open to it... but I need some more training before I jump into it," Marie says.
She says she would love to sing in Filipino, but needs to learn the language formally.
"I thought before, I'll be in the Philippines a few months, I'm definitely going to learn Tagalog. But everyone here speaks English. So if I really want to learn [Tagalog] I'll have to take lessons."
Marie has worked with some Filipino actors on her music and videos. Does she have plans of joining local showbiz?
"It's possible, but music is my priority. As long as acting doesn't take away from my music, I can see myself in it."
AWKWARD. When she was 13, a little-known hip-hop group called Portishead inspired her.
"I was going through a hard time. I was constantly being made fun of because of the way I looked. I was very awkward."
Portishead's experimental, trip hop, downtempo sound was therapeutic and played a crucial role in getting her out of her "awkward" stage.
It's hard to believe the tall beauty who hosted the Ms. Earth pageant was once awkward!
Locally, singer Kitchie Nadal inspires Marie.
"She caught my eye. I think she's just so out of the box. I love that she is very unapologetically unique and totally marches to her own drumbeat."
SAM. And now for the question everyone wants to ask: What's the real score between her and Sam Milby? Sam and Marie sang the album's carrier single, "Your Love."
Marie smiles and says, "We're celebrating our 25th anniversary..."
She explains, "We're good friends, we're very good friends. We started out dating last year but it's been over a year since..." she left the Philippines.
"We've been friends for a year and a half..." she adds.
She says working with him on a music video was fun.
"Your Love," written and composed by Marie Digby, tells the story of a first date, an actual first date.
Can Marie reveal the identity of the person who inspired the song?
She smiles her Mona Lisa smile, and says: "I never reveal the actual subjects."
FOOD. Marie has a special place in her heart for Filipino food.
Asked what her favorites are, she oohs and aahs... "I have so many! Adobo, pan de sal, ensaymada, buko pandan, chicken inasal..."
She says her favorite food then is still her favorite now. "Ensaymada from Pan de Manila. Or from Shangri-La Hotel. Or Diamond Hotel.
"Those are my three favorite ensaymadas!
"I heard that the pan de sal in Pampanga is really delicious, so I really wanna try that."
When she's not expressing a hankering for pan de sal, she talks about writing songs.
"I write all of my songs, so they're very personal to me. It's like journal-writing to me."
How does she write her songs?
"Sometimes I write a couple of words... I play a couple of chords on the piano and then if I'm lucky, the song will just come together."
Does she have unfinished songs?
"Yes, " she says and even has a name for them. "The homeless ones."
JAMES. And the second most popular question everyone wants to ask her: Is she dating basketball player James Yap?..
Read more:
http://www.pep.ph/news/31665/Marie-Digby-reveals-she-once-dated-Sam-Milby,-hangs-out-with-James-Yap
Lähettänyt Maria klo 4:28 pm No comments:

This is longer version than the previous one on this page.

Or click the poster to view all available ticket outlets

Lähettänyt Maria klo 1:42 am No comments: