Email ThisBlogThis!Share to TwitterShare to FacebookShare to Pinterest
Tunnisteet: Forever and a Day, video 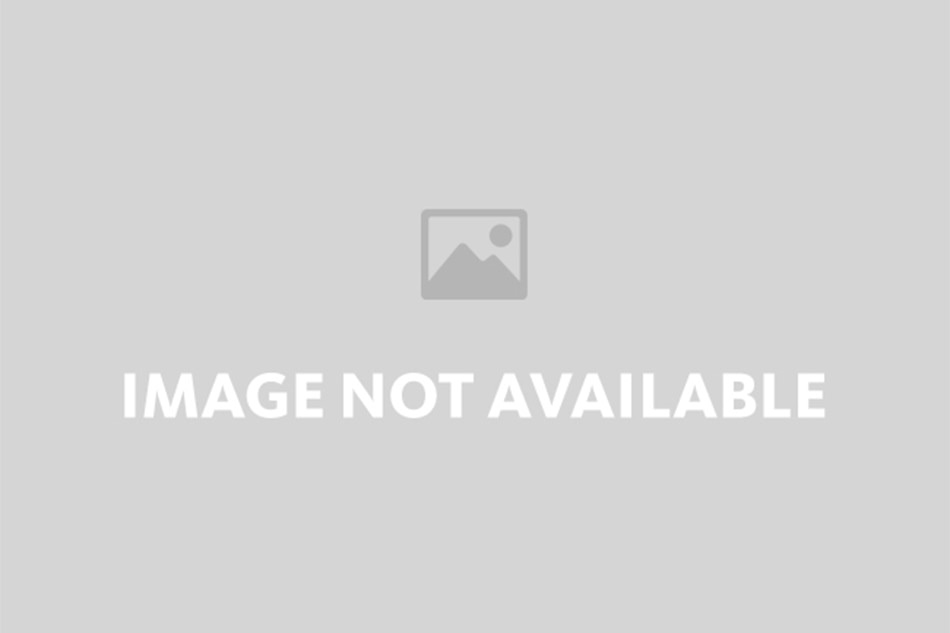 This heartthrob puts his fit body on display in distressed and sand-blasted denim.

Hunky singer and actor Sam Milby sizzles despite the rainy reason as he stars in Folded & Hung's campaign for its new 2011 Denim Collection. Sam models the men's denim line with ease, showing off his pecs and rock-hard abs as he goes shirtless and dons F&H's bow leg pants in distressed, patched, crumpled, and sand-blasted denim styles.

Scroll through the gallery below to see Sam sporting various looks!

Lähettänyt Maria klo 12:22 am No comments:

MANILA, Philippines – Actress KC Concepcion said she is happy because a number of Kapamilyas abroad went out of their way to attend the international premiere of her movie with actor Sam Milby in New York.
Concepcion arrived in Manila Tuesday and told “Showbiz News Ngayon” that she is very grateful for the support “Forever and a Day” is receiving.
“Maraming nagpunta so nakakatuwa kasi marami rin talaga palang Pilipino sa Amerika. Nagpapasalamat kami siyempre sa producer namin...dahil sa kanya, sa tiwala niya sa amin at sa pelikula, nadala namin sa New York ang Forever and a Day,” she said.
Meanwhile, Concepcion clarified why Milby was not with her.
“Si Sam binisita ang daddy niya sa Ohio because nagkasakit ang daddy niya, naospital. I think he said it sa Twitter niya. I think he’s there na with his family and araw araw niyang kausap sa telepono ang mga magulang niya,” she said.
In a separate interview, Milby said since he’s already in US, he decided to visit his family and spend time with them.
“Nakakatakot ngayon. It’s the first time I’ve ever heard of him actually being confined in the hospital. He’s 66 years old and he’s very strong.... I’m going to go home before I go back to the Philippines to spend some time with them,” he said.
http://www.abs-cbnnews.com/entertainment/06/29/11/kc-thanks-fans-overseas
Lähettänyt Maria klo 7:44 pm No comments:

Email ThisBlogThis!Share to TwitterShare to FacebookShare to Pinterest
Tunnisteet: Forever and a Day, KC Concepcion A MAGAZINE FOR FILIPINO AMERICANS IN NEW YORK KC and Sam at movie premiere in Manhattan. Photos by Ivan Roque
By Elton Lugay

Want to put KC Concepcion on the hot seat? Ask about her rumored breakup with Piolo Pascual, and also how she is getting too close to his buddy and fellow actor Sam Milby.

“Clearly no, and I have said that many times,” she sounded slightly annoyed when asked by The FilAm during the meet-and-greet June 25 at Payag Restaurant in Queens.

KC, the daughter of Pop Megastar Sharon Cuneta, and Sam, contract stars of ABS-CBN were in town for the premiere of their movie, “Forever and a Day.” The film was produced by Star Cinema in collaboration with Tribeca Performing Arts Center in Manhattan and Ritzberries Productions.

The actors got more uneasy when the interview got a little too personal: “Do you and Sam see yourselves together in the future?

“In another movie,” Sam, a Filipino American born in Ohio, replied.

“No, romantically,” we pressed on.

“Oh wow, we don’t wanna answer that right now,” said Sam. “First of all, everybody knows that my friend Piolo and KC are together so it’s ugly to answer that question right now.”

Sam admitted that doing the movie with KC was a challenge “because we’re close friends and while on the set we can’t help having a lengthy conversation.” Sam revealed that there were times when Director Cathy Molina would tell them to separate so they could concentrate on their job.

“Our real friendship was like, put on hold in a way,” KC said. “We had to be professional in our roles—we’re so attached to our characters. We pretended we didn’t know each other.” KC said it’s been a difficult three months for them as actors in a film, compared to their three years as friends.

When asked, she chose Sam as her favorite leading man “because we already know each other and we have the same personalities.” She said, “It’s important that you’re comfortable with the person because you see each other every day, morning and night.” A dramatic scene in 'Forever' Signing autographs after the screening.
“Since we know each other so well, oftentimes our issues get settled right away,” she added.

What makes this movie different from the ones you’ve done in the past?

More than 500 people attended the two screenings on Saturday. There were fans who came all the way from Dubai, Ohio, Chicago and San Francisco. Tickets were $30, $60, and VIP, which included a meet-and-greet with the stars. Many didn’t mind the cost.

“It was well worth it,” said Lina Alcantara, a registered nurse who found KC and Sam “so warm, sincere and accommodating to their fans.”

Though the movie’s storyline has a passing similarity to “Love And Other Drugs” or perhaps “A Walk To Remember,” the direction and cinematography were impressive. And KC’s acting is believable and engaging. She was consistent from start to finish avoiding the opportunity to taking advantage to exaggerate her dying role.

Sam, however, has not fully arrived yet in the acting department. But with KC around him, they appeared to have a credible, enjoyable chemistry together.

“Forever and a Day” follows the story of Eugene (Sam) and Raffy (KC) who meet, fall in love and learn how not to give up when their romance faces challenges.

Toni Gonzaga on Sam Milby: 'He wanted to court KC'

Sam Milby and KC Concepcion: a case of too much friendship puts a damper on potential success of new film?
MANILA, Philippines – Actor Sam Milby apparently had the hots for KC Concepcion.
Actress Toni Gonzaga revealed so in the June 11 episode of “The Buzz,” saying that she learned of Milby’s affection for Concepcion in 2008, when she and Milby were doing “my Big Love.”
“Nasa Tatsulok kami sa Timog [for dinner], tapos itong si Sam, walang tigil sa cellphone niya,” she related.
“So, tinanong ko siya, ‘Bakit panay ngiti mo?’ [And I found out] it was KC Concepcion [with whom he was texting].”
Gonzaga said she asked Milby right there and then, why, if he is so enamored with Concepcion, hasn’t he even tried to court her. Milby supposedly replied: “I want to.”
Milby, who was guest appearing on the episode to promote his new movie with Concepcion, "forever and a Day," was clearly embarrassed with Gonzaga’s disclosure.
He blurted, “You’re such…please don’t believe Toni.”
But his protestation was drowned by shrieks from studio audiences.
Gonzaga didn’t stop there. “Sinabi niya din noon ideal girl niya si KC,” she said, eliciting even louder screams from the audience.
Apparently, Gonzaga was only keen to help Milby sell the movie, as the latter was seemingly not too good in playing that part.
When asked by “The Buzz” host Boy Abunda if he fell in love again with Concepcion while making the movie–obviously a leading question– Milby simply stammered, “KC and I have a great friendship and that’s what it’s been and that’s what it’ll always be.”
Concepcion– probably to the consternation of the movie’s drum beaters– was equally as dry, even as she was made to create a bit of imaginary tension between her boyfriend, Piolo Pascual, and Milby during the same "The Buzz" episode.
She denied that she had to ask Pascual’s permission to do the movie with Milby.
“Hindi po, wala naman po need na magpaalam sa kanya, same with him when it comes to work.”
She added, “I think, may respeto naman po si Sam kay PJ in the sense na wala po talagang mangyayari at all, kahit po sabihing between two people na puwede.”
Read more:
http://hotgirlstoday.com/toni-gonzaga-on-sam-milby-he-wanted-to-court-kc.html
Lähettänyt Maria klo 5:55 pm No comments:


Please, check out all the pictures here:

Star Cinema’s “Forever and a Day” starring Sam Milby and KC Concepcion had an opening weekend gross of P23.27 million at the box-office. 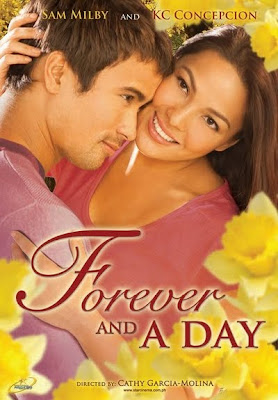 The Superhero movie Green Lantern topped Philippine box-office for the opening weekend of June 15 to 19 with a haul of P72 million, according to Box Office Mojo. And from the period of up to June 20 including the extended holiday for Jose Rizal’s 150th birth anniversary, the Ryan Reynolds-starrer accumulated P85.66 million, this one according to Warner Bros. Philippines.


The figure has now become the holder of the year’s biggest opening weekend for a Warner title surpassing “Red Riding Hood” and “Sucker Punch”, and the second-biggest of 2011 industry-wide outgrossing “X-Men: First Class,” “Pirates of the Caribbean: On Stranger Tides” and “Thor”.


Placing second, on the other hand, is local romantic drama “Forever and a Day” with P23.27 million box-office gross in its first 5 days. This is really tough for the Sam Milby-KC Concepcion starrer because their film is vying against 7 Hollywood summer movies and getting the no. 2 spot is already commendable.


Meanwhile, “X-Men: First Class” settled for no. 3 after topping Philippine box-office for 2 weeks in a row. “Super 8″ is at no.4 while “Mr. Popper’s Penguins” starring Jim Carrey debuted at no. 5.


Here’s the Philippine box office tally (Top 10) for the opening weekend of June 15 to 19, 2011 according to Box Office Mojo (premiering movies are highlighted in yellow):

Email ThisBlogThis!Share to TwitterShare to FacebookShare to Pinterest
Tunnisteet: Forever and a Day MANILA, Philippines - Former "Pinoy Big Brother" housemate Say Alonzo is now married to businessman Ryan Tordesillas.
In an interview with "Showbiz News Ngayon", Alonzo bared that they had their wedding last June 11 at the Our Lady of Lourdes Church in Tagaytay.
Alonzo said that to keep the ceremony simple and intimate, they invited only their closest friends and family.
Among her guests was hunk actor Sam Milby, who was one of Alonzo's housemates in "Pinoy Big Brother".
"It was super private lang. I only invited my closest friends from college and kamag-anak lang. Six people lang from showbiz na ka-close ko. Sam Milby was there," Alonzo said.
http://www.abs-cbnnews.com/entertainment/06/28/11/say-alonzo-says-i-do
Lähettänyt Maria klo 4:56 pm No comments: